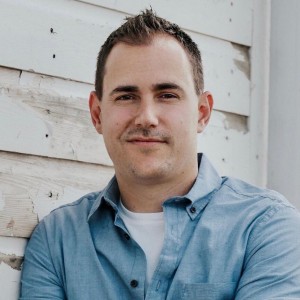 Without question, the digital signage industry is in full swing after many purported false starts. But what is it that will continue to fuel growth of this maturing multibillion-dollar global industry?

The answer is an easy one: advances in technology.

Being an 11-year veteran of the industry, it’s easy to look back and reminisce how things were done then and how things are done now.  In my early days (circa. 2004) it was not uncommon to see some pioneering retailers running albeit expensive at the time plasma TVs and DVD players. It didn’t take long for software companies to develop software to run on a Windows- or even Linux-based PC connected to plasma TVs, which soon made way for large format commercial grade LCD screens.

This is how it remained for many years. Be it standalone (local updates), client/server over a LAN or even WAN, or perhaps emerging SaaS applications—either way your basic set up was a screen and a media player that would be mounted as the project dictated.

Several years ago launched a networked commercial monitor. Quite simply this was a large format LCD with a built-in computer. LG also launched a similar product where the PC module was a slot-in card, which made sense for servicing.

Copying is the sincerest form of flattery; so NEC along with other hardware partners jumped on the bandwagon and developed its OPS solution which attempted to make the slot-in module be agnostic to the screen.  This allowed Intel and others to produce OPS players capable of running anything from Microsoft Windows to Android.

All of this was great! It made for a nice clean install and cut back on challenges associated with where to put the media player, how to tidy the cables, etc. It was also expensive compared to a commercial monitor and a form of external media player that would be connected by a HDMI cable.

In more recent times, the evolution continued. Samsung came out with its Smart Signage Platform (SSP), which must not be confused with its range of consumer grade smart TVs. The SSP can generically be termed system on a chip (SoC) where embedded into the screen is a single chip that contains a processor, memory, storage and a graphics processor aka a built in media player. Its first generation had promise but lacked the horsepower needed to drive basic digital signage content in a seamless fashion.

Some digital signage software companies around the world saw the opportunity and developed content management software to make use of this technology as an alternative and often enhanced option to Samsung’s integrated MagicInfo that comes included with its SSP screens.

Here’s Where It All Changes

This brings us to early 2014 when Samsung launched ITS second generation SSP displays which had significant improvements to the SoC to include a Quad Core processor, more memory and more storage.  This allowed software companies to really take advantage of this new technology and really made moving away from an external media player a viable option.

At the same time LG launched its SoC screens which it termed “webOS for Signage” and provides a second powerful option to SoC technologies giving even more flexibility to digital signage focused integrators and of course its customers.

This is really exciting! In fact, game changing.

But before we carried away, it’s not really useful to anyone unless you have a digital signage content management system that has been developed to run on the SSP or webOS platform.

Ping HD along with a handful of others scattered across the globe saw the potential of SoC screens and became a software development partner with both LG and Samsung.  My multi-faceted role within Ping HD forced me to find my “software architect hat” so that we could build our own web-based content management platform, EngagePHD, which we formally launched in February 2015 following a succession of live deployments from October 2014.

So how will this help drive growth within the digital signage industry? If you were paying attention, you would have been quick to catch on to the fact that with SoC technologies there may be no need for the external Media Player.  With a SoC based screen you can expect to see:

Reduction in Hardware Costs: Immediately you are stripping out the cost of the media player and possible video distribution equipment. But what about the cost of SSP or SoC screens you may ask? Well, compared to standard (non SoC) based commercial monitors from the same manufacturers or even other screen manufacturers, there isn’t really a premium/surcharge for a SoC based screen. That’s a win!

Reduction in Installation Costs: Remember there is no media player or possible video distribution equipment that you need to install, configure and conceal/tidy up. This will drive faster deployments and reduce lead time.  That’s also a win!

Reduction in Support: No Media Players or possible video distribution equipment means less hardware to support, less failure points even down to cabling.  At Ping HD we’ve seen in excess of a 90 percent reduction in support calls where we’ve deployed SoC based Digital Signage solutions. This saves money in support man-hours and best of all makes for happier customers! Furthermore since your failure point is now pretty much the SoC screen, you’ve increased the reliability and robustness of your digital signage network.  Your toolkit simply becomes the IR Remote Control that comes with the SoC screen.  Now that’s an extra special win!

Reduction in Health & Safety Risk: Now that you don’t have any media players tucked up high behind the screens, you don’t have to climb a ladder to restart the media player, hook up a keyboard/mouse or even update a flash drive if you were running content from a USB stick which means you’ve eliminated the risk of injury by doing so. That’s a litigation win!

As a result, you’ve taken the cost of a sigital Signage solution down by as much as 40 percent (that’s our experience at Ping HD, anyway), improved reliability in doing so, made your support life easier, matched capabilities and features that you would expect from a Windows/Android/Chrome Media Player based solution.  This lower cost of entry will generate more opportunity as it’s more affordable than ever and for those that demand it, the ROI will be realized faster!

Where does this leave the poor old external media player? Many manufacturers are still continuing to innovate and build robust external Media Player products even down to those low cost HDMI stick based devices that run on Microsoft Windows (heavy licensing fee), ChromeBox, Android etc… but where is the sense of using such Media Players when there really is no need? Whilst opportunities currently exist for them, I see those opportunities as diminishing over time.

“External media player, I salute you! You did a great job of getting us here, you helped prove the value and viability of digital signage”

7 Ways to Screw Up A Digital Signage Project

You’ve decided it is time to leverage a digital network to better serve your customers and your brand. You’ve done the analysis

How to Create Digital Signage Content that Doesn’t Suck

There are so many components that go into a new digital signage project. What brand of screens to purchase, what size and

The Old Train Station – A Digital Menu Board Case Study

In this episode we explore Denver’s historic Union Station. A 100+ year old train station located in the heart of Denver’s thriving

Ready to get started?
Talk to an expert today.